Dangers of not tapering slowly

CYMBALTA HURTS WORSE is a group of peers/patients offering tapering advice that can minimize symptoms and prevent others from suffering.

We have been through horrendous Cymbalta withdrawal from decreasing too rapidly, very often at the recommendation of doctors.

They have been researching serotonin-affecting drugs, and helping people safely taper off them for
decades. Please Google Ann Blake-Tracy's website, International Coalition for Drug Awareness
(ICDA) and look up the article "Warning on Drug Discontinuation".

CHW advocates for a slow, deliberate taper with decreases of 5% or less, holding 14 days or longer between each decrease.

Antidepressant expert, Ann Blake-Tracy recommends decreases no greater than 5%, and many people find decreases of 5% or 2.5% holding 14 days or longer help them remain most functional for work and family duties. This slow method of tapering can greatly minimize withdrawal and reduce the risk of developing PAWS. Even people who have been on the drug a short time or at a low dose can experience the same bad, long-lasting withdrawal. However, those who have been on the drug for years are at greatest risk of developing PAWS from too rapid a taper.

Decreases of 5% or less (of previous dose), holding 14 days or more between each decrease. 5% reductions or less are highly recommended.

Research shows that more than 44% to 78% of people following an unsafe method of discontinuation will experience significant withdrawal symptoms.

These will not resolve within 2-3 weeks. 25% will experience difficult, long-lasting withdrawal symptoms and 10% will experience the most severe withdrawals. We cannot predict when they will kick in, how long they will last, who will be hit the hardest, or how each individual will be affected. PAWS can be debilitating, even life-threatening and last months or even years.

After a rapid decrease there is a 2, possibly 3-week window where reinstatement of the drug can reverse the symptoms and head off PAWS.

CHW suggests reinstatement within this window, but only if no other drugs have been introduced, and if the person has not alternated days more than 3 weeks. Once someone has reinstated, they will need to FULLY stabilize before beginning a slow taper as outlined in our files.

When Does PAWS Occur?

Once the reinstatement window has passed (and there is no clear point where that happens), the nervous system may become so destabilized that nothing can reverse or ease the symptoms.

Only time and patience will gradually heal protracted withdrawal. It can last months, or even longer than a year, and be quite debilitating, or even life-threatening. Withdrawal mimics many serious health and mental health disorders. As the medical community does not recognize withdrawal that lasts more than 2 -3 weeks, a person is at risk of having their withdrawal symptoms misdiagnosed as bipolar or other serious health or mental health disorders, and having more drugs applied.

Withdrawal Can Be Delayed

Delayed withdrawal is something else that can hit you after cold turkey or rapid discontinuation.

This usually happens between 2-6 months but can occur before or after that time frame. Just like "the calm before the storm", many people report feeling better for a while only to be hit by harsh withdrawal months later when it is too late to reinstate. It can also be a period of manic behaviour.

If an antidepressant is not tapered slowly, while fortifying the body with healthy nutrition and with supplements, it can produce a wide range of problems:

A dangerous condition related to antidepressant use and withdrawal is tardives akathisia.

The temptation to get off Cymbalta quickly by rushing the process or trying one's own method of removing or dumping beads out generally ends badly.

The method CHW recommends has been used by thousands of people to get off Cymbalta/Duloxetine with the least amount of ill-effects and discomfort. If you are thinking of going "cold turkey", rushing or "off-roading", please watch this 5 minute video:

The manufacturer of Cymbalta, Eli Lilly's own Med. Guide discusses Discontinuation Syndrome and warns not to stop abruptly. Even the warning labels on the drugs advise that large, abrupt decreases are dangerous.

Articles to Print Off and Give Your Doctor

Cymbalta has a short half-life of 12 hours, which means 12 hours after a dose is taken, the levels of the drug drop to 1/2, and by 24 hours the body will start to go into withdrawal. Alternating days causes the body to go into withdrawal every other day. One day plummeting the dose, the next day skyrocketing it. Every-other-day discontinuation is dangerous and not recommended.

Switching to Other Drugs

BRIDGING to other drugs interferes with the ability to reinstate Cymbalta and then slowly taper off.

It does not necessarily stop antidepressant withdrawal and can leave you with Cymbalta withdrawals as well as another drug to slowly taper off later. CHW does not recommend bridging in an attempt to get through the withdrawal process faster. There is no fast or easy way off Cymbalta.

ALL antidepressants and serotonin-affecting drugs come with the same black box warning (the highest level of lethal warning that can be placed on a drug).

They all also come with the same side effects, risks, dangers, and the potential for bad, long-lasting withdrawal. The best way to minimize withdrawal symptoms and reduce the risk is through a slow taper; working on diet, good nutrition, supplementing for any lacking vitamins/minerals, and other healthy, natural lifestyle changes are important for recovery.

Kindling is caused by each withdrawal episode leading to an increase in the severity of symptoms making it more and more difficult to discontinue the drug(s).

It is a neurological condition which results from repeated withdrawal episodes from a psychiatric substance. In other words, it is a hyper-sensitization of the nervous system. It is most often associated with hypnotic drugs such as alcohol and benzodiazepines but is now being recognized with antidepressants and other psychotropic drugs. Even if a person has never had problems going on and off psychiatric drugs in the past, the next time might be the spark that ignites the inferno.

There are other peer group that advocate for slow tapering of Cymbalta/ psych drugs.

In brief: "The FDA also now warns that any abrupt change in dose of an antidepressant can produce suicide, hostility or psychosis. And these reactions can either come on very rapidly or even be delayed for months depending upon the adverse effects upon sleep patterns when the withdrawal is rapid!" 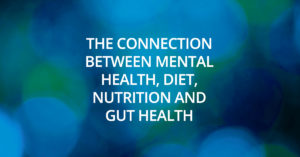 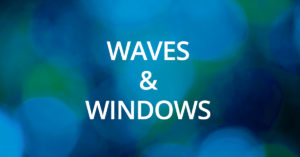 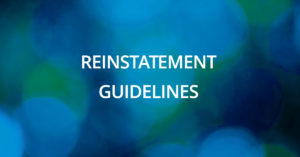 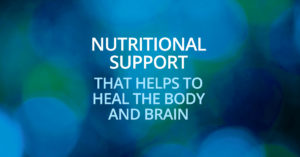 CHW Nutritional Support that Helps to Heal the Body and Brain

The connection between mental health, diet, nutrition and gut health. Diet, nutrition, and chronic systemic inflammation are linked to health and mental health disorders such as anxiety, depression, bipolar, and even schizophrenia. 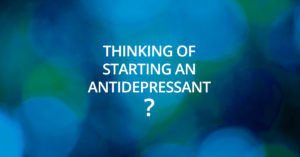