Waves and Windows in SSRI Withdrawal

Tapering off of an SSRI can be very difficult.

It's not like other ailments that have defined timelines and symptoms. When a doctor treats a broken bone, there are long established milestones in recovery. SSRI withdrawal is different. Each case seems to be unique, with different length and severity of symptoms. One of the frustrating parts of withdrawal is the way that symptoms fluctuate over time. People call them waves and windows.

At first, withdrawal is unremitting.

There seems to be no respite from the symptoms. After some time, which varies from person to person, symptoms begin to break up into cycles. There are times when symptoms aren't as bad, and other times when they are quite severe. It's not a universal pattern. Some patients find that they have constant symptoms that slowly go away. The wave/window pattern seems to be the majority, though.

Waves describe those times when symptoms are more severe.

Symptoms can be physical or emotional. It feels like getting sick. When you start to get a cold, you can feel little changes that presage the illness. A sore throat or headache, then the full symptoms of the cold start in a day or two. A wave has similar precursors. Usually, physical symptoms are the first sign that a wave is coming. A stiff neck, headaches, and dizziness are some of the symptoms. A day or two later, the emotional symptoms become more pronounced.

These symptoms include obsessive or compulsive thoughts, depression, or anxiety.

It can be helpful to break waves up into different parts. Knowing that each part of a wave is coming, and what to expect next, can make the whole process easier to handle. The reason we're so adept at knowing the cycle of a cold is that we've had them off and on all our lives. we're aware of the subtle changes in our bodies that tell us that we're getting sick. In the same way, it takes some experience before you can separate the parts of wave from each other. It takes still more time to develop ways of dealing with each part of a wave.

Physical symptoms of a wave are hard to mitigate.

There isn't much you can do about general joint pain, headaches, or dizziness. You can try analgesics like aspirin or ibuprofen, but those aches are fairly resistant to those kinds of pain killers. Dizziness is likewise difficult to deal with. Withdrawal dizziness isn't just something that happens when you stand up or spin around. It's hard to believe that you can feel dizzy when you lie down, but it happens in withdrawal. Try to stay as still as possible until it gets better. Try to use the physical symptoms as a sign that there are new symptoms coming that you need to deal with.

There isn't really any way to avoid the emotional symptoms of a wave.

There is no way to "suck it up and get over it". Our minds create our reality in a fluid way. The anxiety, depression, and obsessions of a wave are just as real as the screen in front of you. The fact that our rational mind would recognize that it's not real or overblown doesn't mean much when you're experiencing it. That's the essence of a wave. It's not rational or thoughtful.

Obsessive thoughts can be about almost anything from the benign to the surreal.

Self harm can suddenly seem like a rational idea. In normal thought, the entire spectrum of emotions are right below the surface. When you're cut off in traffic, you have several choices. You can ignore it, respond verbally or visually, speed up, slow down. Even the psychotic is present in that moment. We've become so accustomed to suppressing psychotic thoughts that we don't even realize that the idea of ramming the other car didn't rise up to our conscious minds. In withdrawal, those thoughts that would normally be dismissed without a thought gain the same weight in our conscious minds as socially acceptable thoughts. The only way to mitigate the emotional symptoms of a wave is to be mindful of the difference between normal thought and the unnatural power that irrational thought has in a wave. It's very hard to pick apart which thoughts are your normal responses and which ones are caused by the wave. They mingle together in a chaotic way. That's what makes your reactions to a window just as important as your reactions to a wave.

Windows are periods of time when symptoms are not as pronounced as they were before.

At first, it feels like it's over… you beat withdrawal, you're free. That's the cruel joke of SSRI withdrawal. Windows and waves are intertwined together. The way withdrawal works for most people is that the windows slowly, ever so slowly, get longer, and the waves get shorter. A window is more than a vacation from symptoms, though. It is a huge relief to have some time off from feeling miserable. Savor the good times in withdrawal, because that is what you have to look forward to in recovery.

More than relief, though, windows are an opportunity to prepare yourself to deal with waves in a better way.

Try to pay attention to how you feel. Examine the way you think, the way you respond to things. Try to recognize the way that you automatically choose responses and thoughts. Emotionally, a window is a return to the normal way of parsing thoughts. Instead of allowing all thoughts to rise to consciousness, you mind is automatically tuning out undesirable thoughts based on your personality. Paying attention to the process during a window makes it easier to impose that same kind of structure during the next wave. It's that mindfulness that you'll need during the next wave. After a while, you can tell when a thought is out of character, and consciously dismiss it.

Withdrawal is a process of alternating good times and bad.

The more you're able to mitigate the bad with mindfulness, the shorter the waves become. Our minds often work in feedback loops. One thought leads to another through association, creating the pattern of our minds. Mindfulness allows us to shape the pattern to a certain extent.

The more you can recognize that a harmful thought is just part of a wave, and not a normal part of your normal mind, the faster you'll get to the next window.

Eventually, that last window becomes reality, and the next wave never comes. The mindfulness you've developed getting there will remain, though. 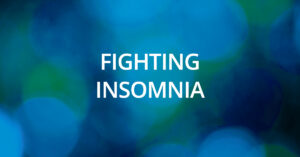 Fighting insomnia with a better sleep environment and routine
Two powerful weapons in the fight against insomnia are a quiet, comfortable bedroom and a relaxing bedtime routine. Both can make a big difference in improving the quality of your sleep. 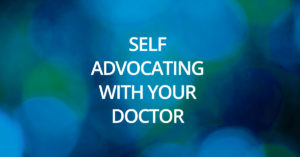 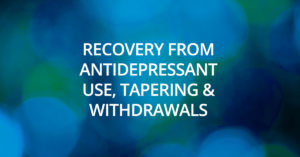 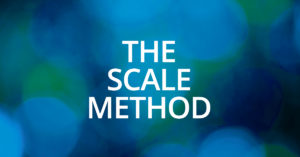 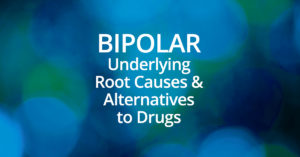 Bipolar is purely subjective. Many times the bipolar diagnoses is really side effects from prescription or street drugs and alcohol, and/or problems with blood sugar regulation and nutrient absorption. Not saying that people aren’t truly suffering but the way to heal is not with powerful, toxic pharmaceutical drugs. 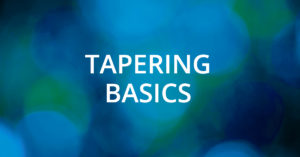 We are here to support you in tapering slowly, steadily and consistently off Cymbalta/Duloxetine. You will find several warnings here about staying safe. This information is all about HOW to do that careful taper off the drug. Please, please follow our recommendations.